Before we move further in our understanding of Bayes theorem, we need to distinguish between events and potential evidence of these events. Evidence of an event isn’t the same as the event itself. For e.g. we might have evidence of cancer in form of a positive test for cancer, but a positive test for cancer is not the same as actually having cancer. Evidence and tests can be flawed in 2 ways: Thus, Bayes theorem takes these skewed test results (i.e. our evidence) and recreates the actual probability of the event, i.e. the true positive. It’s that it is a highly useful tool for any logical thinker.

I find that using a few different ways to look at Bayes theorem helps me understand it slightly better with each way. So explained another way, in essence, what it does is this: If we consider that a state of belief about the world is represented by some probability distribution, such that each possible state is assigned a probability, with P(all the states) equalling a probability of 1. Let’s imagine we observe some some new evidence. Bayes theorem says we should remove all the states of the world incompatible with this evidence, and then normalize the remaining states’ probabilities so they add up to 1 once more. This is our new belief about the world after observing the evidence.

Before we dive into the formula, let’s quickly visualize Bayes theorem using a venn diagram.

What is the probability that this one person has the disease, given that they tested positive for it?

Intuitively, we might say that there is a 90% chance that they have the disease. But this is actually not true! We can visualize why with these venn diagrams: 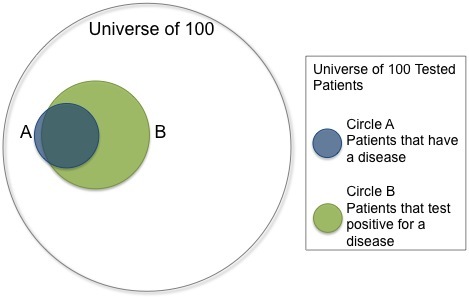 Let’s work through an example to see how we might use the Bayes Theorem.

Imagine you are in your home when suddenly you hear you car’s alarm. Given the sound of the car alarm, what are the chances that your car is actually being broken into, and that it’s not due to a ball that hit your car or some other weird reason?

Let’s imagine that out of 10,000 instances that your car is parked:

Now suppose you hear your car alarm going off!

Fascinating! A car alarm going off only means there is a 7.8% probability of your car being broken into, rather than 80% (which is the accuracy of the alarm). 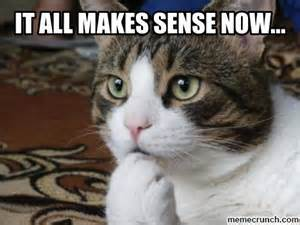 We’ve built enough intuition at this point about Bayes Theorem, and it’s finally time to move onto the Bayes Theorem formula. Here it is! This is essentially the process we followed above, turned into a formula.

We know what the Bayes formula is, but how can we derive it? To derive the Bayes Theorem formula, let’s start with a probability axiom that we know well:

If we combine these equations, we get

This is Bayes theorem.

If we want the odds form, we first establish that

which is essentially Bayes Theorem in odds form. This form is used for computing a Bayesian updated.

Naive Bayes is a supervised machine learning classification algorithm based on Bayes Theorem. This is an implementation of Naive Bayes from scratch in python, inspired by one of my favorite data scientists of all time, Chris Albon!

Using Bayes theorem, we see that

In Naive Bayes, we calculate the posterior probabilities for every class for every person, we then pick the largest probability and assign that class, i.e. job, to the datapoint, i.e. the person. So we calculate P(writer|data) and P(engineer|data) for each person.

Now let’s do that in code!

Excellent, we have our classifier! Now it’s time to use the classifier to make some predictions!

Because P(engineer|data) > P(writer|data), we make the prediction that the person is an engineer!

Alternatively, we can simply use the Naive Bayes classifier that ships with sklearn

And that is how Bayes Theorem is used in machine learning! In real life, we just feed it with more complex features, but the essence and the steps followed are the same as what we created above.

Now it’s your turn, I encourage you to take a problem from your life an apply Bayes Theorem to it!

Thank you for making it to the end of this post, as a reward, here’s a video of dogs meeting cute baby animals, you’ve earned it! 😇